The Oronite® brand name, derived from Spanish reference to crude oil as “black gold,” has been synonymous with specialty petroleum-based products since 1917 when it was part of Standard Oil Company™ (California). 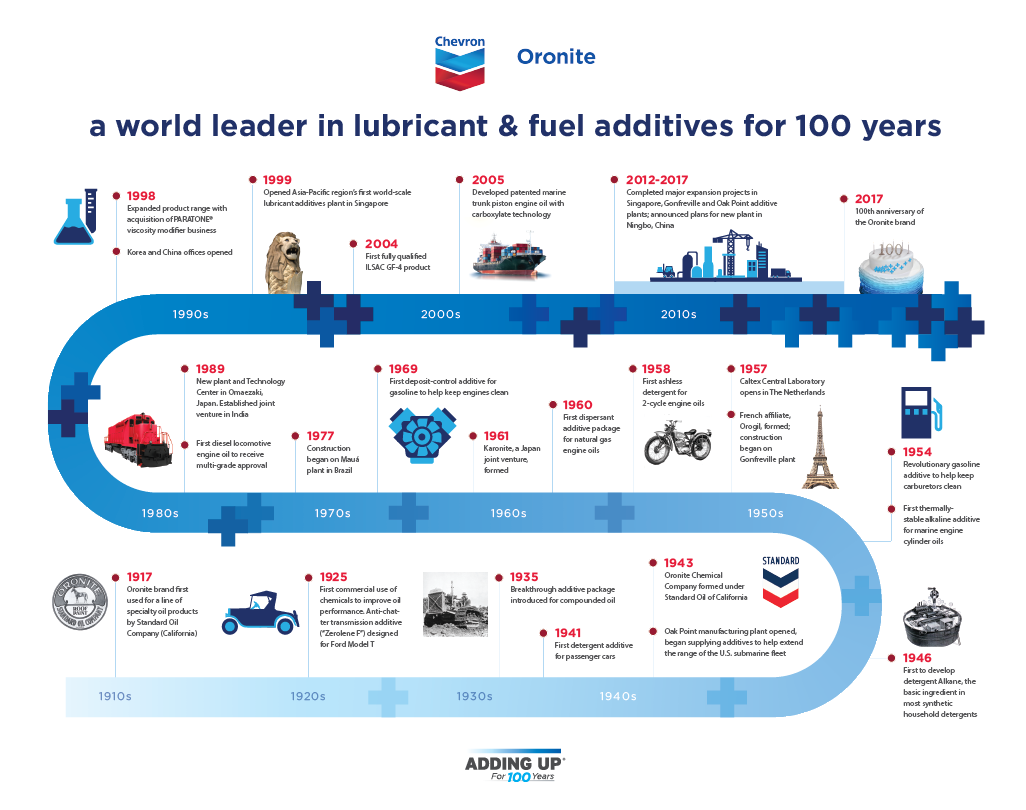 Throughout its long history, Oronite has played a critical role in improving lubricant performance. One of the earliest examples is the introduction in 1925 of Zerolene® F, an anti-chatter additive used to lubricate fabric transmission bands in the historic Model T Ford. View PDF >

"Oronite has a rich legacy of innovation including some of the first fuel additives and detergent chemistries that are used in a variety of engines today."

Oronite’s milestones include many industry breakthroughs in technology. The Oronite® brand started as a line of specialty products and ultimately transitioned into a global leader in developing, manufacturing and marketing quality additives that improve the performance of fuels and lubricants. We support our leadership position through research and technical centers around the world that create a comprehensive offering of hundreds of components and additive packages. We marked our 100-year brand anniversary in 2017 with a proud history of technological and product “firsts.” Here are some of the landmark events by decade. 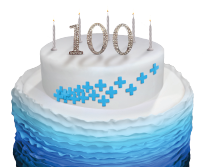 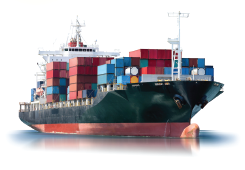 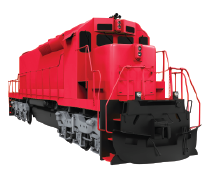 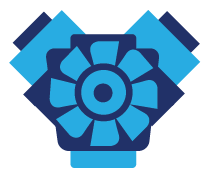 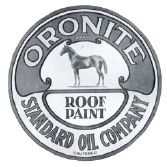 Since its introduction in 1917 by Standard Oil Company (California), the Oronite brand has been synonymous with specialty petroleum-based products and has evolved into a recognized global leader in the development and manufacturing of lubricant and fuel additives. Oronite has a rich history filled with many technology breakthroughs. This video captures some of the highlights from the organization’s first 100 years of business.

To commemorate its 100-year anniversary in 2017, Oronite hosted customers at events held in key business locations around the world. The first of these events occurred in Beijing, marking the brand’s strong presence in the Asia-Pacific region. Celebrations were also held in New Orleans, Louisiana (United States), and Gonfreville (France).

For the 100-year anniversary of the Oronite brand in 2017, Chevron Oronite hosted a full day of activities in Beijing, China, where 99 years is often associated with long prosperity. Former Oronite President Des King reflected on our company’s almost century-long commitment to technological innovation, service and strong relationships in every aspect of our business.

During a keynote address, King offered a historical perspective to more than 300 customers,

As he spoke about Oronite’s development of a wide range of fuel and lubricant additive products, King singled out the anti-chatter additive used to lubricate the belts of the historic Model T Ford in the mid-1920s. Also highlighted were some unique products introduced under the Oronite brand in its early days, such as cleaning fluids, furniture polish and even shingle oils to preserve the life of wood shingle roofs. However, the common thread throughout the years has been the steady stream of technological innovations introduced by the company, ranging from some of the first fuel additives to innovative detergent chemistries used in a variety of engines.

Oronite is progressing a planned project to build a new manufacturing facility in Ningbo, China, with startup planned for 2021.

He added that much of Oronite’s research takes place in Asia, including a growing presence in China. “Our research center in Japan has long supported us both regionally and globally, and while that valued expertise will continue, we are steadily growing our research and field test support team in Shanghai, with a specific focus on China,” said King.

Chevron Oronite’s 100th anniversary celebration in the Americas Region drew upon its regional roots with a kickoff event at the National World War II Museum in New Orleans, Louisiana. Created in 2000 to focus on the U.S. contribution to the Allied victory in WWII, the museum offers a rich mix of interactive exhibits, oral histories and personal vignettes about everyday Americans who fought in the war. The historic connection is a strong one, as Oronite built its world-class Oak Point additives plant in 1943 at nearby Belle Chasse, Louisiana, at the urging of the U.S. government. Oronite additives were a critical component in diesel engine oil lubricants that helped extend the range of the U.S. submarine fleet. 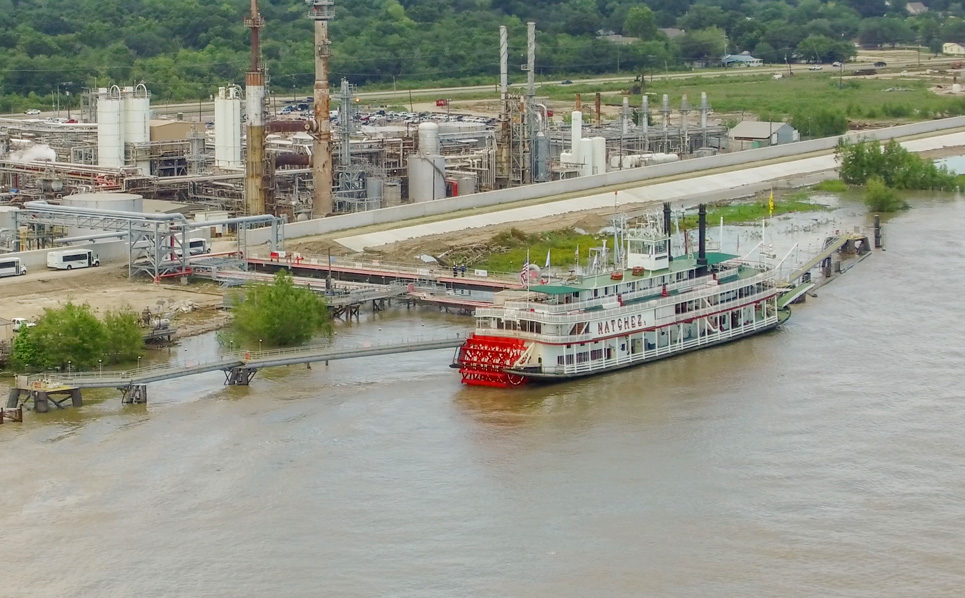 The second day of Oronite’s celebration featured a trip down the Mississippi River on a steamboat to the Oak Point plant, where the guests received a tour of the facility’s operations.

At the kickoff event for customers, suppliers and partners, former Oronite President Des King thanked the company’s guests for helping to “celebrate a journey that began a century ago.” Celebrating 100 years of the Oronite brand on the Natchez Steamboat in New Orleans, Louisiana

See how guests were transported to and from Oronite’s Oak Point Additives Manufacturing Plant in Belle Chasse, Louisiana, via the Mississippi River and a historic steamboat

Oronite’s construction of the Oak Point plant was a direct outgrowth of a request made to Chevron’s predecessor, Standard Oil Company of California (SOCAL), by the U.S. government on December 10, 1941, just three days after the Pearl Harbor attack. The U.S. military required access to a facility that could provide additives for diesel engine oil lubricants needed by the U.S. Pacific and Atlantic fleets without fear of possible enemy attacks on either coast. SOCAL chose a location a short distance up the Mississippi River from the Gulf of Mexico, which met the government’s approval.

Due to the scarcity of steel, the plant was constructed from equipment bought, dismantled and transported from an obsolete refinery in Shreveport, Louisiana. By early 1944, the plant shipped its first tank car of additives. A U.S. general later commented on the plant’s value to the U.S. war effort, praising SOCAL for building a facility that was twice the requested capacity.

In ensuing years, Oak Point has been upgraded and expanded numerous times to keep pace with the demands of the marketplace. One of the largest additives plants in the world, Oak Point is Oronite’s anchor plant in the Americas Region and operates as part of the company’s interconnected global supply chain network.

A landmark gathering of major customers, suppliers and distributors joined with Chevron Oronite employees to recognize the 100th anniversary of the Oronite brand in its Europe, Africa, Middle East (EAME) region as well as the 60th anniversary of the Gonfreville plant. Former Oronite President Des King welcomed the nearly 100 guests and over 40 Oronite employees to the full-day celebration featuring a kick-off event at the 850-year-old Valasse Abbey in France’s Normandy region and a tour of the company’s world-class additive plant in nearby Gonfreville. 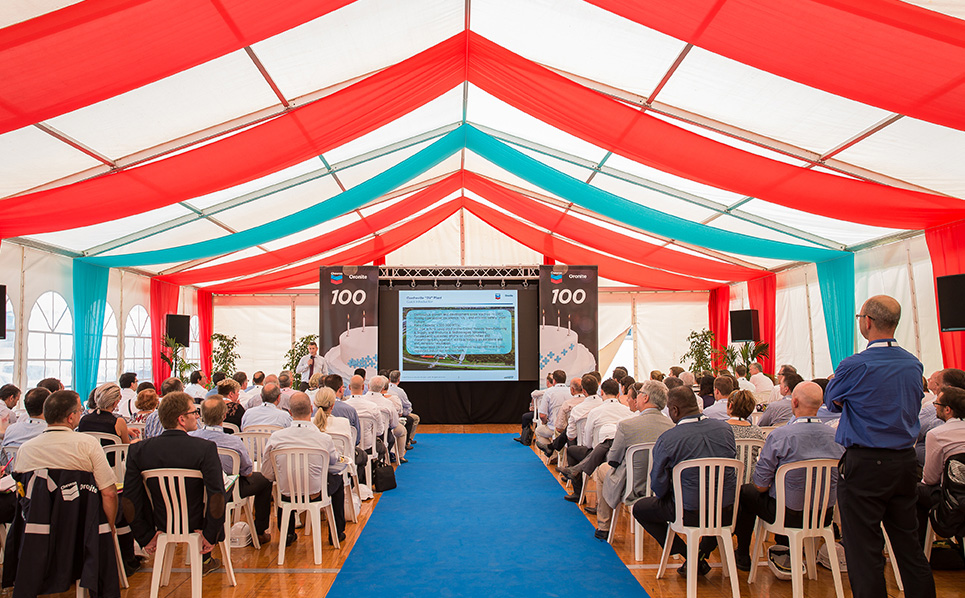 A large contingent of customers, distributors and suppliers gathered in France for the 100th anniversary event.

Acknowledging the many attendees who journeyed from as far away as South Africa for the event, King said, “We strongly believe that the mutual growth and prosperity we’ve enjoyed together here in the EAME region and beyond is due to the enduring relationships we’ve built over the years, and that certainly makes this event a very special one.”

The Gonfreville plant was built in 1957 to help serve the needs of two new Oronite affiliates in France: Petrosynthese, which sold alkanes, a key material in household detergents; and Orogil, which sold lube oil additives. The plant expanded rapidly to serve the growing needs of motorists in Europe and other parts of the EAME region and is currently the largest additive manufacturing plant in Europe with a workforce of more than 700 employees. Gonfreville produces hundreds of different additive packages that improve the performance and extend the life of fuels, engine oils and lubricating fluids. The plant also incorporates a full-fledged technical laboratory.

Facts about the Gonfreville plant: